The Art Of The Impossible 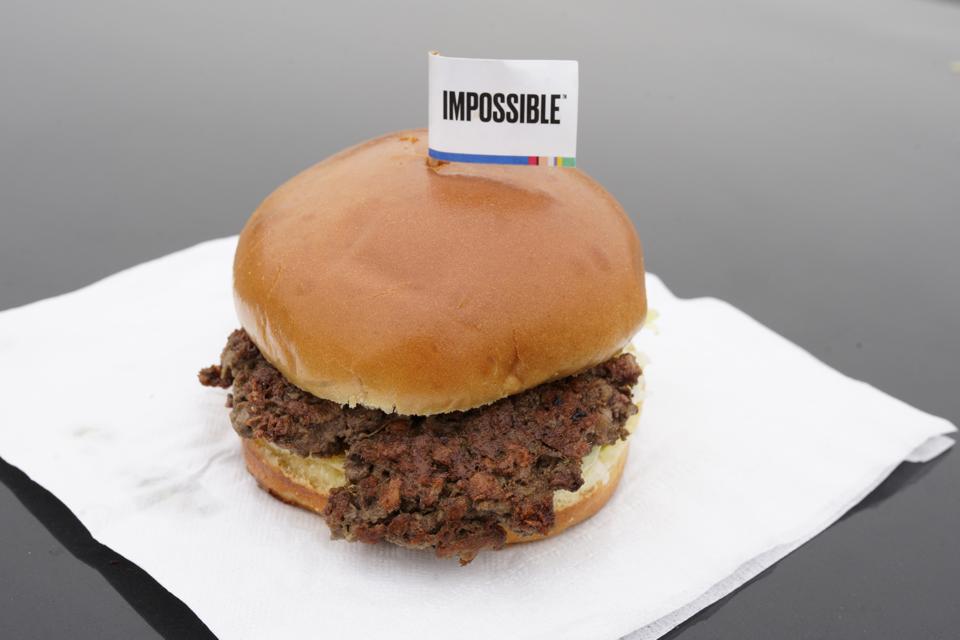 Burger King caused a sensation when it announced that it will sell Impossible Whopper meatless burgers in all its 7,200 restaurants across the United States by the end of the year. The nation was watching with bated breath after a trial run in 59 restaurants around St. Louis took just one month to confirm a taste shift in the land of hog roasts and BBQs. It’s true: Americans have developed an appetite for alternatives to eating meat.

Burger King is not the first brand to appreciate that there’s money in meat-free. Taco Bell is testing a vegetarian menu and Chipotle is trying out vegetarian and even vegan options. In fact, at first the Burger King announcement didn’t sound like such a big deal. Haven’t they all been doing meat-free options for a while now? Apparently not. McDonald’s is not putting veggie burgers on its menu for now because, apparently, it could make for additional complexity and waiting times.

So, no—the big restaurant chains have not been offering meat-free burgers, and yes—plenty of Americans are now interested. But is that what prompted the recent frenzy? I think there’s more to it than that. The Impossible Whopper stirred my imagination for two reasons: the product itself and the name.

This burger isn’t just another combination of familiar vegetarian ingredients. It uses a patty made of heme, a protein that’s cultivated from soybean roots rich in iron. It’s taken a lot of research by the people at Impossible Foods to come up with a product that accurately mimics the look, the smell, the taste, the mouth feel and the satisfaction of meat, but is not meat. So, there’s now a serious alternative for consumers who, for whatever reason, want to reduce their consumption of meat or stop eating meat altogether. This is borne out by taste tests. The Washington Post opined, “Burger King’s Impossible Whopper tastes even better than the real thing.” The Missouri Farm Bureau, which you might assume has a stake in dissing meat competitors, wrote in alarm “Taste Test: This Fake Meat Is the Real Deal.” (“This is not just another disgusting tofu burger that only a dedicated hippie could convince himself to eat.”)

Personally, I’m attracted by the prospect of cutting down my own meat consumption without resorting to tofu. And in my professional capacity, helping unsmoke our world and drive my company’s transformation to a smoke-free future, I’m intrigued by Impossible Foods’ steps toward creating a meat-free future.

The product looks outstanding in its own right, but there’s more. I think the name makes an important contribution to the value proposition. Imagine if Burger King had announced the same product but with a different name. Meet the Meat-Free King! Introducing the No-Meat Whopper! How much do those names stir the imagination? Not a lot. They are examples of what brand naming expert Steve Manning[CEO of Igor] call a functional name—i.e., just a basic description. Now compare them with the name that Burger King actually chose: Impossible Whopper. It’s a great example of what Manning calls an evocative name. As branding specialists Ignyte put it: “Evocative names employ suggestion and metaphor to bring to mind the experience or positioning of a brand.”

Maybe the Burger King people were just lucky that their supplier, Impossible Foods, had such an intriguing name that works so well with a standard product type: Impossible Whopper. My guess is that they were more than just lucky. They were smart enough to recognize a brand from naming heaven. It pops. It has a great rhythm, it kind of rhymes, it has great mouth feel—like the product—and it has layers of potential meaning and association.

Maybe this meat-free burger was a big-enough breakthrough product to be a hit even if it had a plain name. And maybe in their rush to find out about the product, people took the name for granted. I didn’t. I’m surprised that none of the coverage I’ve seen had anything to say about a name that already stands out from the pack. They’ve missed a trick. I’ll be using “Impossible Whopper” as a great example of the power of naming for brands—and taking a bite of one as soon as I can.